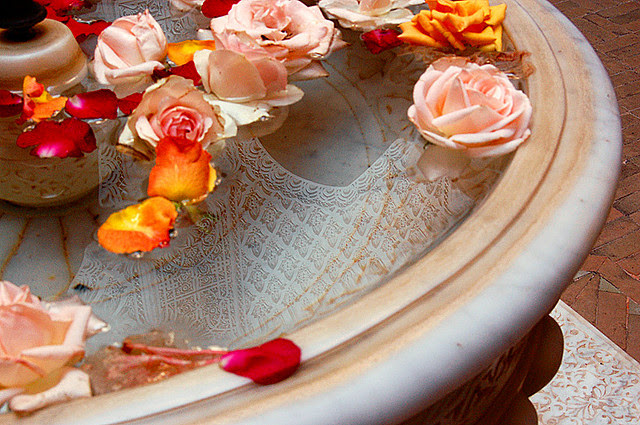 The Water and the Ink

[…] Something similar happens with the water we use to mix the ink. During the Ottoman Empire, calligraphers would only use rain water to make their own inks. As they say, rain is “Rahmatullah”, which means “mercy from God”. This is why, the calligraphers considered it the purest water they could use.

Nowadays, as well as rain water, we use rose water or distilled water, in an effort to avoid using tap water. This is because we are not sure if the pipes this water is passing through are completely clean; we don’t want to write something which has a sacred meaning for us with something which might be dirty or not pure enough.

The ink we use is made by soot, Arabic gum and water. In the past, calligraphers used to collect the soot from the oil lamp that illuminate the mosques and use that to make their own inks. The famous ottoman architect Mimar Sinan, also known as Sinan the Architect, for example, ordered his disciples to build a small room atop the Suleymaniye Mosque in Istanbul during the construction phase. All the soot from the lamps were diverted to this room, where, once a year, calligraphers used to go and scratch the soot pasted at the walls and the roof; they would use tis soot in preparing their ink.

The calligraphers would use this ink to write the copies of Qur’an. They would later give these copies to the mosque as a charity. In other words, what originated in the mosque in a soot form, came back later to the same place in a beautiful handwritten Qur’an form and would stay there for a long time.

Cal·ligrafia: Núria García Masip. https://nuriaart.com/. In this piece by Nuria García, we see a composition where this big letter "ha" stands out. This letter is used by Sufis during their sessions of meditation to reach the "hal", which is a sate of consciousness that is supposed to be in a higher level than the ordinary state and that brings you closer to your being, your essence, and therefore, your Lord.

Publicat per Lili Castella a 15:40 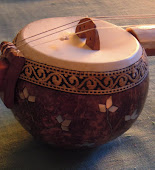 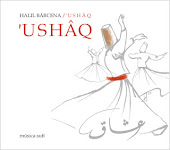